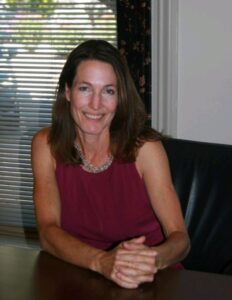 From 2001 through 2012, Kim worked for two contract government affairs firms and as Vice President of Public Affairs for the Pennsylvania Association for the Blind. During this period, she represented clients at the state and federal level on a myriad of issues ranging from private nonprofit and public entity concerns to corporate interests.

From 1995 to 2001, Kimberly served as Counsel for the Consumer Affairs Committee in the House of Representatives and later as Counsel to former Senate Majority Leader David ‘Chip’ Brightbill, R-Lebanon County. She was involved in drafting and successfully negotiating issues around electric deregulation, criminal justice reform, tort reform, family law, and corporate regulation.

In 1990 Kimberly earned an undergraduate degree in Psychology & Business from Ithaca College, and in 1993 received her J.D. from Widener University School of Law. She is an active member of the Pennsylvania Bar.

KSA Group offers all the essential elements for developing and executing a winning public affairs strategy: Policy-Oriented Advocacy, Knowledge-Based Analysis, Broad Expertise, Experienced Professionals, Contacts and Relationships with policy makers based on years of trust and respect. We have a long history of success with identifiable results.

All of our professionals have sat on both sides of the table and know from experience what it takes to get the job done right. Our approach is based on a deep understanding of the law, the political environment, and our clients’ specific business goals and objectives. Every member of our team has decades of experience, contacts, and knowledge. We are competitive and passionate about what we do, and this is evident in how we work. Our contacts are bipartisan, and we work well with both political parties.

We invite you to learn more about the services and resources that KSA offers. Let us help you design and execute a winning public affairs strategy.